The DC Universe returns to life and Secret Wars presses on! 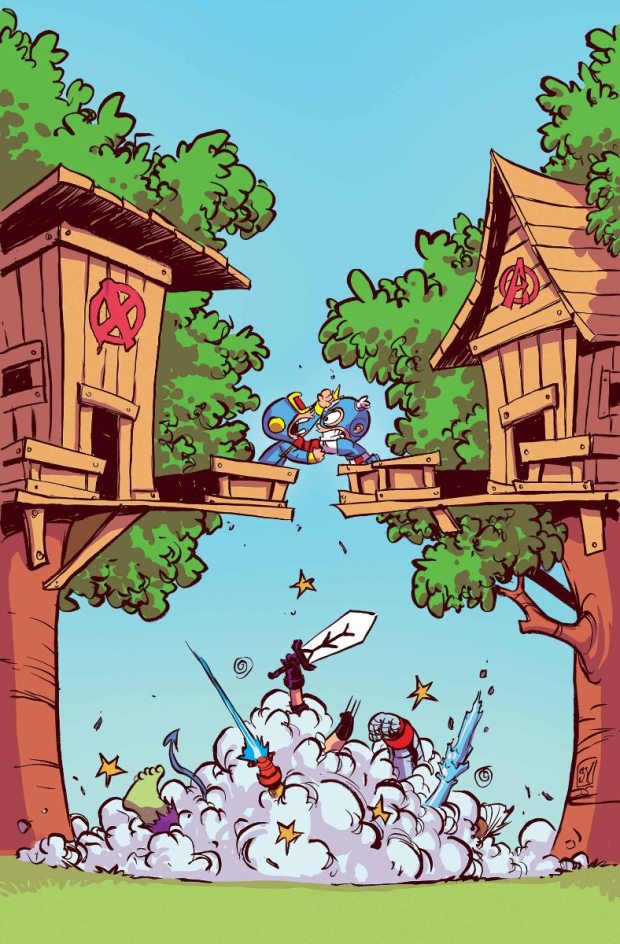 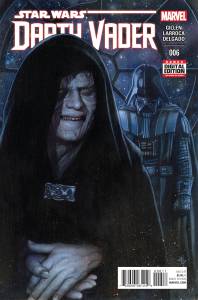 The Emperor’s machinations revealed! Everything changes for Vader! The tale of Vader’s transformation from A New Hope to The Empire Strikes Back continues! 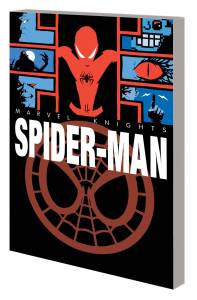 From the haunted heights of a mysterious castle to the dizzying depths of the deep seas, the Amazing Spider-Man must take on not one, not six, not twelve – but ninety-nine of the Marvel Universe’s deadliest villains to save the lives of countless innocents! Trapped aboard a submarine, Spider-Man finds himself in a race against time – but things get worse when Spidey’s ninety-nine problems give way to one big one: Kraven the Hunter! With innocent lives on the line, can Peter Parker outfox his mysterious captors to win his freedom? Matt Kindt (Mind MGMT) and Marco Rudy (Swamp Thing) bring you a defining hour in the life of the webbed wonder! Collecting MARVEL KNIGHTS: SPIDER-MAN (2013) #1-5 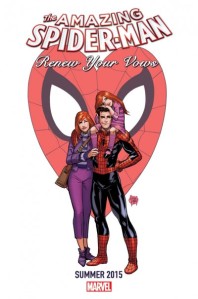 Peter, Mary Jane and their daughter may not have much – but they have each other. But a new foe has taken their city by storm, its heroes falling by the dozens to this mysterious new adversary. Who is this “Regent,” who has claimed the lives of so many heroes? And what does this mean for the street-level Spider-Man? Just how far will Peter Parker go to protect the family he’s finally gotten back? Find out when the story fans have been waiting for lands on Battleworld in AMAZING SPIDER-MAN: RENEW YOUR VOWS #1! 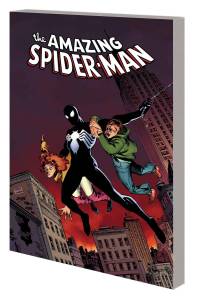 When Spider-Man returns from the Secret Wars with a snazzy new black suit, he’s faster and stronger – and has an unending inbuilt supply of webbing! All the better for tussling with foes such as the Rose, Black Fox, Red Ghost, Jack O’Lantern, Puma and the Blob! Not only that, but he’s dressed to impress the Black Cat, too – much to Mary Jane’s dismay. But there’s something about Peter that’s not quite right. Curse that ol’ Parker luck, the black costume just happens to be a hungry alien symbiote – and it’s grown very attached to him! Savor a chronological retelling of Spider-Man’s epic wardrobe malfunction, told across the three Spidey titles of the era! Collecting AMAZING SPIDER-MAN (1963) #252-258, MARVEL TEAM-UP (1972) #141-145 and ANNUAL #7, and PETER PARKER, THE SPECTACULAR SPIDER-MAN (1976) #90-95. 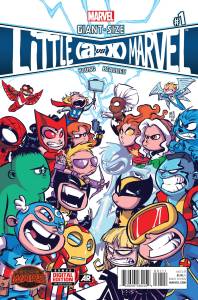 The toughest, funniest, craziest and most adorable Marvel heroes THROW DOWN. Featuring all your favorites including Cyclops, Hawkeye, Black Widow, Wolverine! They’re all there, just shorter! Skottie Young brings out the big guns in the series fans have been waiting for! 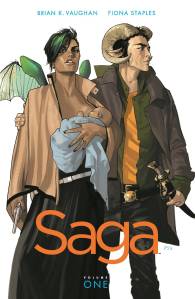 From New York Times bestselling writer BRIAN K.VAUGHAN (Y: THE LAST MAN, EX MACHINA) and critically acclaimed artist FIONA STAPLES (MYSTERY SOCIETY, NORTH 40), SAGA is the sweeping tale of one young family fighting to find their place in the worlds.  When two soldiers from opposite sides of a never-ending galactic war fall in love, they risk everything to bring a fragile new life into a dangerous old universe.  Fantasy and science fiction are wed like never before in a sexy, subversive drama for adults.  This specially priced volume collects the first arc of the smash hit series The Onion A.V. Club calls “the emotional epic Hollywood wishes it could make.” 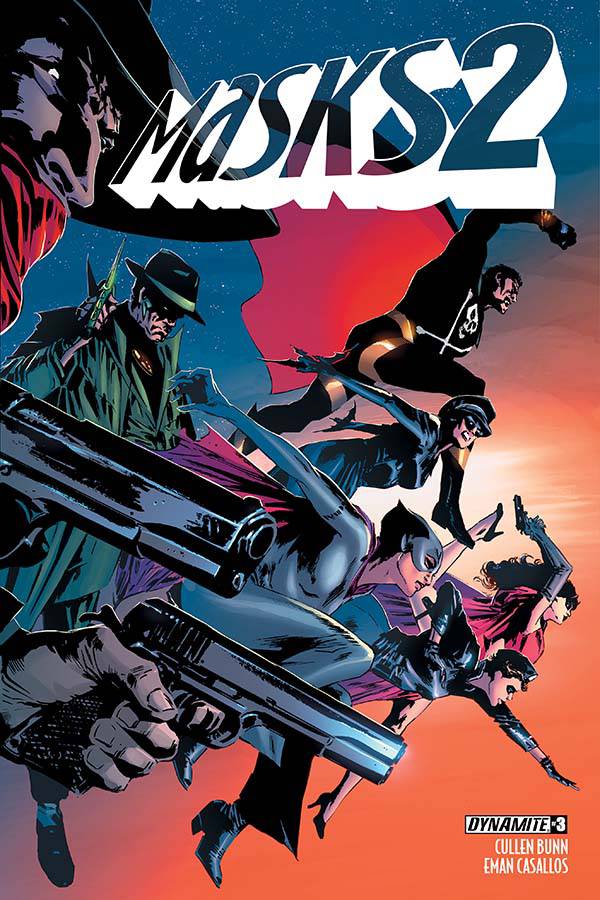 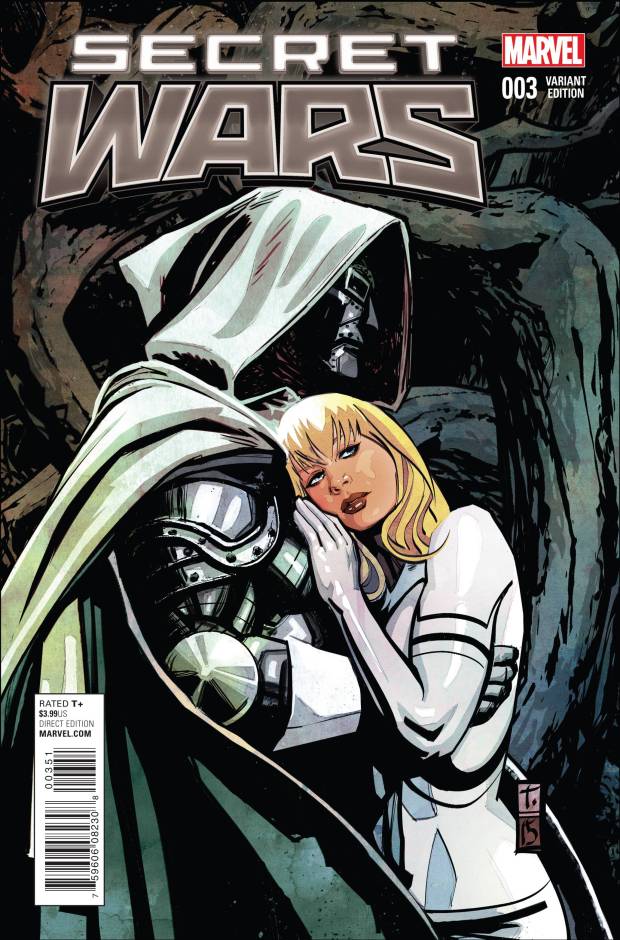 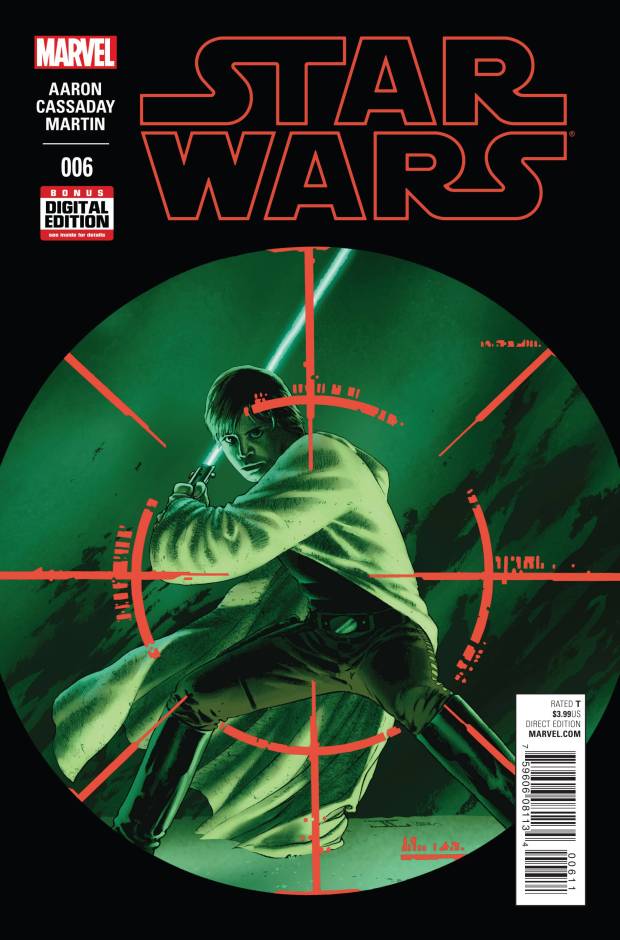