When the world is tossed into chaos, it’s up to a group of meddling kids-Fred, Daphne, Velma and Shaggy and their dog, Scooby-Doo-to solve the mystery and survive hordes of zombies! But can they save the day and cure everyone, or will they become brain- eating zombies? The creatures of the night are among us, and the crew of the Mystery Machine has to fight to survive-because in the apocalyptic badlands of the near-future, the horrors are real! Collects SCOOBY APOCALYPSE #1-6!

New Comic: KILL OR BE KILLED #7

As Dylan hides from the NYPD, Kira begins to get suspicious of some of his mysterious behavior. BRUBAKER and PHILLIPS’ newest hit book keeps hitting! And remember that every issue has all the extra back page articles and art their fans have come to expect.

It’s morning in America, and those who lived through last arc’s brutal finale barely have had time to consider what they’ve done before a new class of kids enroll in the school, eager to pick up the bloody mantle. Sophomore survivor Saya Kuroki is given a chance to ascend in the ranks of the school’s deadliest and most ruthless students, and all it will cost her is what’s left of her humanity. RICK REMENDER & WES CRAIG present a new beginning to the dark saga of DEADLY CLASS. Collecting DEADLY CLASS #22-26. 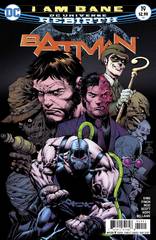 “I AM BANE” part four! Batman is losing…Bane is going to break him for good this time. The Dark Knight must turn to a very unlikely weapon to beat Bane once and for all! 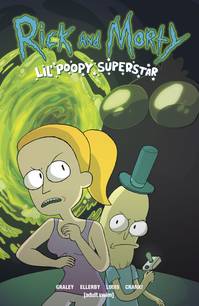 Mr. Poopybutthole is in trouble, and he turns to the one person he can trust: Summer Smith! She’s more than willing to help, but is he telling her the whole truth? Summer will find out as she and Mr. Poopybutthole embark on their very own fantastic adventure across space, complete with jailbreaks, hijackings, and high school prom. Plus, backup comics featuring good ol’ Rick and Morty!