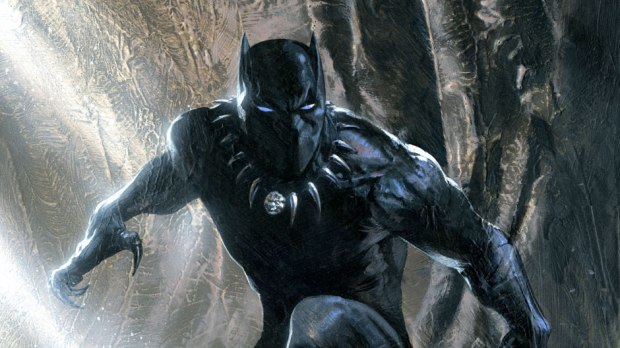 Welcome true believers! There are so many new books out this week, there’s almost too many! The return of Black panther, Poe Dameron’s new ongoing book, Mark Millar’s Empress, and Nick Spencer reunites with Steve Lieber for The Fix! Come on down to comic shop far, far away, to check out what’s good!

magine you’re married to the worst bad guy from your favorite sci-fi movie. An alien dictator feared throughout the universe, who will kill you if you leave — but you need to escape for the sake of your three children. All you have are your wits, your bodyguard, and three guns. Welcome to EMPRESS, your new favorite comic.

A story of the crooked cops, scheming mobsters, and corrupt politicians that run things-and the sex toy that can bring them all down. Oh, and the hero is a drug-sniffing beagle named Pretzels. Bad people do bad things to each other in this frenetic, outrageous, sometimes off-putting new caper! If you liked classic crime comics like CRIMINAL and 100 Bullets we apologize in advance for letting you down!

A new era for the Black Panther starts here!
Written by MacArthur Genius and National Book Award winner TA-NEHISI COATES (Between the World and Me) and illustrated by living legend BRIAN STELFREEZE, “A Nation Under Our Feet” is a story about dramatic upheaval in Wakanda and the Black Panther’s struggle to do right by his people as their ruler. The indomitable will of Wakanda — the famed African nation known for its vast wealth, advanced technology and warrior traditions — has long been reflected in the will of its monarchs, the Black Panthers. But now the current Black Panther, T’Challa, finds that will tested by a superhuman terrorist group called The People that has sparked a violent uprising among the citizens of Wakanda. T’Challa knows the country must change to survive — the question is, will the Black Panther survive the change?
Rated T+