Salutations, true believers! Monstress has come back from its hiatus, Clark begins his hero career in Superman American Alien #5, and Bendis’ International Iron Man #1 hits the shelves! Check out what we thought was amazing below! 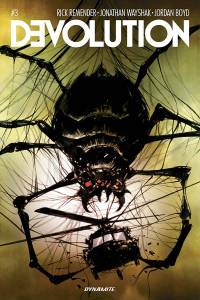 Raja and the rebel Marines have set out on a journey across the devolved wasteland to try and save humanity, only some of humanity like things just as they are. Check out the thrilling new series that Rick Remender (Black Science, Deadly Class) describes as “a heavy dose of high-octane action, character drama, a world of strange reverse mutations, and social commentary – as we follow the last tribe of humans inoculated from the devolution agent as they set out on a desperate journey to try to find a way to re-evolve life on Earth.” 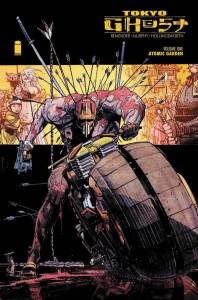 SPECIAL LOW INTRODUCTORY PRICE OF $9.99
The Isles of Los Angeles 2089: humanity is addicted to technology. Getting a virtual buzz is the only thing left to live for, and gangsters run it all. Who do these gangsters turn to when they need their rule enforced? Constables Led Dent and Debbie Decay are about to be given a job that will force them out of the familiar squalor of LA and into the last tech-less country on Earth: The Garden Nation of Tokyo.
Collects TOKYO GHOST #1-5

Mark Millar’s new series continues! An old grudge leads to deadly threats against Huck and those he holds dear.

SPECIAL LOW INTRODUCTORY PRICE OF $9.99
Imagine a sexually transmitted disease that makes those infected better looking… a disease people want. That disease is real, and it’s called the Beauty.
Two years after the Beauty burst onto the scene, over half of America is infected. Now, it looks like the downside may be far worse than anyone suspected. Detectives Vaughn and Foster find themselves on the front line of the battle against the Beauty, embroiled in a conspiracy they never knew existed.
Collects THE BEAUTY #1-6 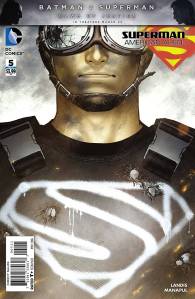 Now regularly patrolling the skies of Metropolis as an anonymous figure known to some as “the flying man,” 24 year old Clark Kent has become a local celebrity. But when he overhears a report on his police scanner about a 20-foot-tall purple monstrosity that’s tearing the city apart…Clark encounters real power for the first time.

Archie, one of the longest-running titles in comic book history, is rebooted here by two

of the most talented creators in comics, Mark Waid and Fiona Staples. Together they create a surprising and definitive take on the origins of everyone’s favorite redheaded teen and his friends while showcasing the beginnings of the historic love triangle between Archie, Betty, and Veronica. The book captures the bite and hilarious edge of Archie’s original tales in a modern, forward-looking manner, while still retaining the character’s all-ages appeal. Collects Archie #1-6 and bonus content including scripts, sketches, and variant covers.