It’s a big week in comics with Walking Dead #150 coming out, see what else we thought was worth reading! 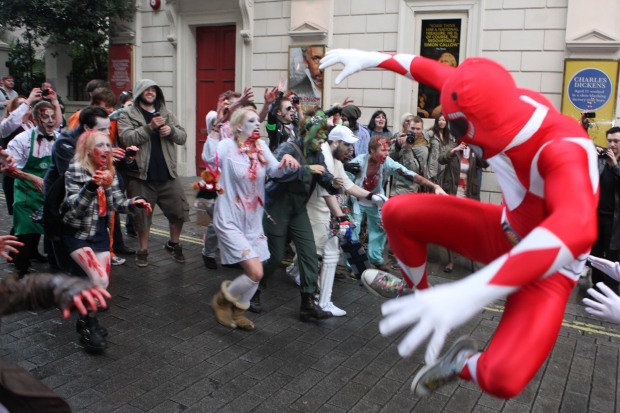 A new WONDER WOMAN 9-issue miniseries begins here with a story written and pencilled by Renae De Liz (The Last Unicorn)! In the beginning there was only chaos. But Hippolyta, Queen of the Amazons, saw a better future-and eventually, her daughter would be destined to bring that new world to life! Before her ultimate fate unfolds, though, Diana of Themyscira must learn the important lessons of an Amazonian childhood!

It’s Morphin Time! The Mighty Morphin Power Rangers make their BOOM! Studios comic debut in this kick-off #0 issue that sets the stage for the rest of the series. After escaping Rita Repulsa’s mind control, Tommy Oliver, the Green Ranger, joins up with the rest of the Power Rangers to combat her never-ending evil plans. Any semblance of a normal life is gone for Tommy now, but with his newfound family there lies hope for a brighter path. Includes the short story from the San Diego Comic-Con exclusive Mighty Morphin Power Rangers comics!

Huck takes his mission across the country, helping those in need, while powerful figures in the US establishment try to use his abilities for their own ends.